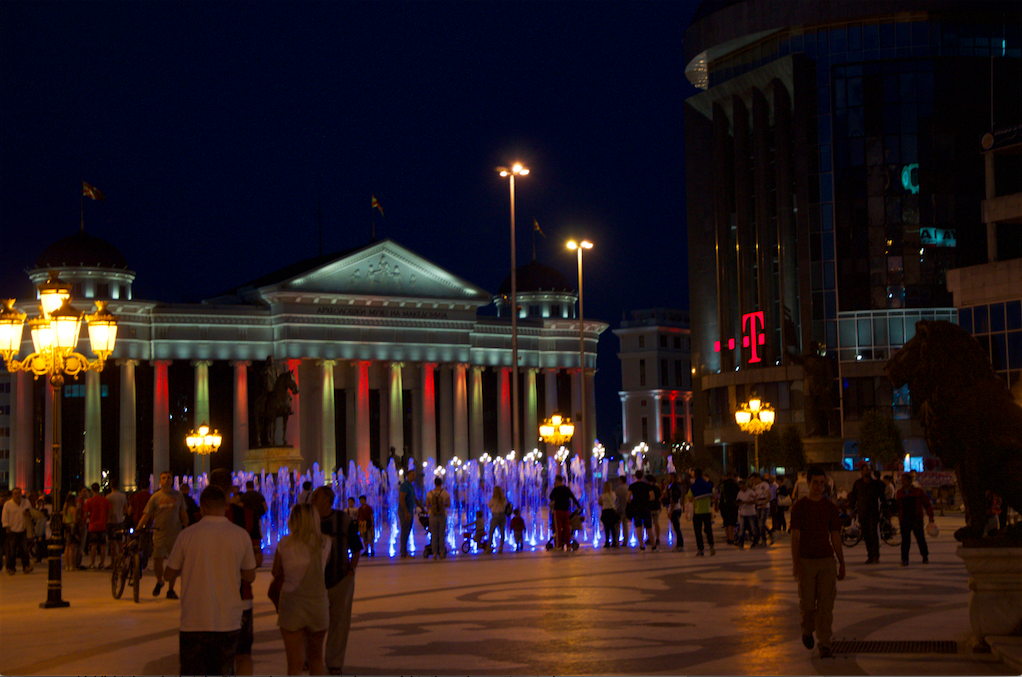 What are the main similarities and differences between modern surveillance methods in Macedonia and those of the socialist period?

In all 46 years of communist Macedonia, the total official number of personal communist surveillance files is 14,572. Unofficial sources report more than 50,000 files. The number of direct 'snitches' in communist Macedonia was estimated between 12,000 and 40,000. In the present mass surveillance scandal, between 20,000 and 26,000 people were secretly wiretapped in the period of just several years since 2007.

Yugoslavia was a soft regime, but it was nonetheless built around subtle permanent political censorship. Prohibition was performed via the mechanisms of threat, and not as direct conflict. […] The bureaucratic apparatus in Yugoslavia was far more chaotic and far less thought through than is commonly believed. Much/all depended on the local small-town interpretations of the ideology. [...]

The ideological-police nomenclature of Yugoslavia functioned in such a way that people were object and a target of the State, you had to know how to represent your socialist ideology, and the entire small town mentality was used to evaluate the ones who seemed suspicious.

What is unique about the present mass surveillance scandal in Macedonia, for me, is that here the one displaying the wiretapped material is not a journalist (like Assange of Wikileaks), or an intelligence officer (like whistleblowers Chelsey Manning, Edward Snowden), but a top politician, a leader of the opposition.[...]

With regard to surveillance, are Macedonia’s current politicians influenced by the techniques and policies practiced by the communist party when Macedonia was part of Yugoslavia?

The budget of the Macedonian Administration for Security and Counter Intelligence (UBK), which operates within the Ministry of Interior, increased by 60 times in 2008. The previous year, the annual budget was around € 400,000, and in 2008 it was increased to a whopping 25 million euros. Anyone who remotely follows these issues could have predicted that mass scale surveillance was about to happen.

Someone told me that today’s Macedonian informers are recruited from within powerful intelligence families and networks. It guaranteed the continuation of the state secrets services and made them intact. I am not sure if this makes sense. However, the longest standing chief of secret services, Saso Mijalkov, the Director of Administration for Security and Counterintelligence from 2006 to May 2015, also a first cousin of Prime Minister, was a son of the former minister of interior.

But generally, it is unimportant to have a huge number of actual informers on the field, since technology is already much better developed.

How has the experience of Yugoslavia shaped people’s understanding of individual privacy in the Balkans and their relationship to the State?

In Yugoslavia, surveillance was directed towards everybody: generally everybody could have become a target. [...]Approximately half a million Yugoslavs were watched by the secret services. The files were produced by the informants, who were paid, while the small-town snitches did not join the Yugoslav secret police by completing an application form (as was the case of the Eastern German Stasi), they worked on the basis of their word of honour, for little money, and out of patriotism.

People regarded the intrusion into their privacy as a way of how the society functions.Yugoslavia was a “society without consequences”, as most of the socialist countries, actions were not always followed by legal or public judgment, and the people learned that it is enough to be in an anaesthetized relationship towards the regime in order to survive.[...]

People learnt that they depend on the state powers. The public's attitude was generally submissive and they expected that the state and its technocrats would dictate solutions, including regarding people’s privacy. This is also part of the reason, I believe, why Skopje 2014 [the government project to erect nationalist monuments] and the general nationalistic ideology was implemented without much of a struggle.

Is surveillance worse now because of new technology or during one-party rule in Yugoslavia?

When the first bulletin board system arrived in Macedonia in the mid-1990s, it was somewhat of a general principle to protect your privacy.

The second shift was introduced with social networks when it became a common habit that people voluntarily shared their data as part of the desired identity. Liberal capitalism turned homes into public spaces, forcing people to put on cameras into their houses so that privacy is attacked at the very place where it is created.  Unlike the naive communist attempts to physically destroy the home and bring people outside (public dining halls, kindergartens, worker’s summer resorts, sport halls), capitalism succeeded by doing so ideologically. If someone does not put me under a magnifying glass, I shall personally place a camera and broadcast myself on the Internet 24/7.

The third shift is maybe something that is being shaped nowadays. My son, who is12, and his friends who belong to online gaming communities, find the idea of the anonymous much more attractive. They see some power in alias, in anonymity, and are trying to carefully isolate their online identities from the offline. I am sure they are not choosing this consciously, they are too young, so it might be the next pending trend.

Some of my radical leftist friends find it important that all the records of this current surveillance scandal  be made public, stating that no privacy should be protected. As a public supporter of Wikileaks I am not sure what is smart. I can only imagine that the recordings contain the whole real-politics of the country in the past several years and they are a possible weapon to control  society.

But again – maybe dumping the surveillance data online will create a situation where no one will profit from them, in the political sense. Which is good, but it exactly affects the individual privacy: not that of the top officials, but of journalists, activists, or precisely of accidental people who happened to be recorded.