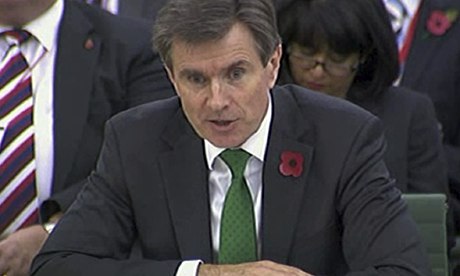 Today's hearing was built up in some media circles as an historic ‘public grilling’ of the heads of the UK’s Intelligence Agencies as Mi5, Mi6 and GCHQ appeared in public in front of their oversight committee, the Intelligence and Security Committee.

Nothing would be further from the truth. It was tame, predictable, and limp. No member of the public concerned with the activities of our intelligence agencies would be comforted by the ISC’s performance. The Committee was almost fawning in their attitude and showed a near sense of embarrassment at having to hold them to account in public at all.

For security reasons, the live steam was on a 2 minute delay in case national security secrets were discussed. From the outset, Chair of the Committee (and former Government Foreign Secretary) Sir Malcolm Rifkind noted that this delay would probably not be needed. That should have given an early indication that the questions would not unsettle those giving evidence.

While the United States Congress has repeatedly held the Head of the NSA and Director for National Intelligence to varying degrees of account, some successful and some less so, there is at least a general tone from some members of the oversight committee that their job is to appropriately scrutinise the actions of the clandestine services. This was in marked contrast to the ISC hearing, where broad and general questions regarding the evolving threat of international and domestic terrorism, and how difficult it was for the agencies to operate in this context dominated the 60 minutes of the 90 minute session.

Any subsequent questions on the agencies overstepping the law were framed in light of these constant references to terrorism. When listing the major threats to the UK, international terrorists, cybercriminals, “hacktavists”, and IP/industrial espionage were deemed the greatest and our agencies were doing all to protect us from them - including according to the Head of GCHQ Iain Lobban, needing to get all the haystack to look for fragments of needles contained within it.

Claiming that GCHQ doesn't look at any other part of the haystack they have apart from the needles they find, and this is all within the law, is not reassuring nor acceptable. The session was half over and despite the vast concerns expressed in public regarding the activities of GCHQ conducting mass surveillance, the Head of GCHQ had spoken only once. Any references to the legality of GCHQ’s action over Tempora, intelligence sharing, mass surveillance, or the concerns of multitudes of civil society groups were only touched on and the Committee was reassured all was well, before moving swiftly on with the session ending with another round of terrorism related questions.

From the intelligence agency perspective, it couldn’t have gone better. From the public's perspective, little was accomplished or revealed.