The Hidden Reports From The Interception Of Communications Commissioner Office 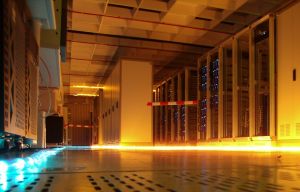 For nearly 30 years, the UK's wiretapping laws have been the subject of annual reports. Since 2002, they are available around the web (for now), but earlier than that, it is a rabbit warren of possible locations.

In practice, the reports are solely available from the Parliamentary Archives if and only if you are a member of an institution which has paid for access. Requesting a copy from elsewhere sends you to this destination.

The current Interception of Communications Commissioner didn't particularly want them on his website, as many agencies are (and were for years) paranoid about people knowing how many warrants are in use at any one time. As much as we disagree with his opinion that a historical representation of oversight isn't important, we disagree more with his belief current oversight is effective.

So when the Government claims that these reports provide public evidence of transparency and oversight, those claims are meaningless if the historical reports can not be read.

That’s why we're republishing them below (for more recent reports, go here). Despite various times and technologies addressed in these reports, a skim through the text shows that the same justifications are used against different acts of transparency:

(Note: The reports from 1997 is currently unavailable. If you happen to have a copy, please let us know by contacting info@privacyinternational.org)

The first report in 1986 is the first year of regular publication of counts (after first publication in the 1985 whitepaper). You can see how little things have changed since 1986, as the arguments made against publication in 1986 are still parroted today by agencies against any further transparency.

The Home Office is fond of claiming that the rapid changing of numbers, "burner phones" is a new contemporary problem. The list of errors from the 1987 report show that it is a problem as old as interception itself. The world has moved on, but the State arguments against transparency are the same as they were a quarter century ago.

One reason that debate is stifled is because when people talk, facts slip out through the cracks. Like this 1996 interview with David Herson, head of Senior Officers' Group on Information Security (EU), for example:

What do you think about the fact that the crypto debate focuses on privacy versus Law Enforcement ?

Law Enforcement is a protective shield for all the other governmental activities. You should use the right word - we're talking about foreign intelligence, that's what we're talking about - that's what all this is about. There is no question - that's what it is about. The Law enforcement is a smoke screen, because we all understand law enforcement, policemen, courts, this is something we see everyday in our life. And it's an important element, I'm not suggesting it's not relevant but it is a protective shield for what goes on behind that. Countries like France and the United States, as you well know, are active. So at the OECD meeting at least half the people round the table understand that - not everybody but half of them do. And no solution will be acceptable unless it keeps that in balance as well."

Informed debate requires information in the public domain, and when relevant information is available to all parties that have the right and ability to comment. That means an evidence base which includes these reports. And with those, we can look for holes, for discrepancies, and ask questions -- questions that we are currently unable to answer.