Nepal will deport five foreign tourists and ban them from re-entering the country for two years after they joined protests demanding better quarantine facilities, more testing, and transparency in procuring medical supplies. Four tourists - three from China and one from the US - were arrested and
Continue reading
News & Analysis

IMSI catchers, and intrusive surveillance technology is increasingly used during protests, permitting authorities to record everyone that attended and interfere with their communications. In the UK we've been fighting for transparency for years to no avail.

Police have ordered protests in Hong Kong to stop, citing social distancing rules. The renewed protests are to oppose the Chinese plan to write a new national security law for Hong Kong, as well as a separate plan by Hong Kong officials to criminalise disrespect for the Chinese national anthem. Many
Continue reading

On April 20 Hong Kong authorities arrested some of the most prominent anti-China activists. The need to clear the streets to protect public health during the COVID-19 outbreak provided the authorities an opportunity to cripple the protest movement that had spread across the country beginning in mid
Continue reading

Bahrain has warned its citizens and residents could face legal action simply for following social media accounts it deems anti-government, which raises concerns about the ability of Bahraini citizens and residents to exercise their fundamental rights and freedoms. In May 2019, a state terrorism law
Continue reading
Long Read 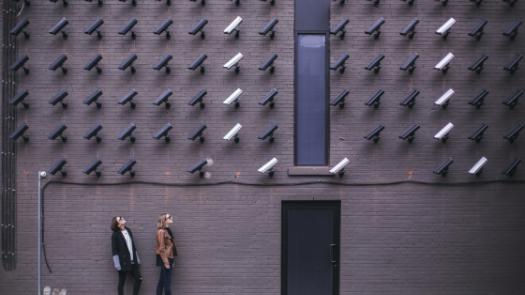 Civic spaces where we are free to develop, protest and preserve our intergrity and autonomy are increasingly under threat as new surveillance technologies are radically transforming the ability of authorities to monitor them.

Planning and participating in a protest could get you under surveillance: three technologies you should know about

Planning and participating in peaceful protests against governments or non-state actors’ policies and practices requires the capacity of individuals to communicate confidentially without unlawful interference. Surveillance technologies are affecting the right to peaceful assembly in new and often unregulated ways: in this article we focus on three technologies and practices deployed by public authorities in monitoring assemblies that raise particular concerns: IMSI catchers, facial recognition, and Social Media Intelligence (SOCMINT).

The Tel-Aviv-based private intelligence firm Black Cube, which is largely staffed by former Israeli intelligence operatives, was involved in a campaign to attack NGOs and businessman-turned-philanthropist George Soros during Hungary's election campaign. Between December 2017 and March 2018, agents
Continue reading

A database compiled through investigations conducted in 2018 by the Guardian and the Undercover Research Group network of activists shows that undercover police officers spied on 124 left-wing activist groups between 1970 and 2007. The police infiltrated 24 officers over that time within the
Continue reading

In September 2018, when Massachusetts state police tweeted a map of responses to fires and explosions during a gas emergency, they inadvertently revealed that they were closely monitoring several activist groups, including a Facebook group for Mass Action Against Police Brutality, the Coalition to
Continue reading

The proposed extension to the Trans Mountain pipeline, which would connect Alberta and British Columbia in parallel to the existing pipeline and triple its capacity, was controversial for years before Canada approved the project in 2016. In 2014, the British Columbia Civil Liberties Association
Continue reading

In 2015, The Intercept obtained documents showing that the Mall of America in Bloomington, Minnesota used a fake Facebook account to friend and monitor local Black Lives Matter activists, and collect their personal information and photographs without their knowledge. The account was discovered in a
Continue reading

In 2017, an anonymous whistleblower sent a letter to Green party peer Jenny Jones alleging that a secretive Scotland Yard unit was illegally monitoring the private emails of campaigners and journalists. The letter included a list of ten people and the passwords to their email accounts and claimed
Continue reading