This op-ed originally appeared in the New Statesman.

Imagine the police searching your home without good reason, without a warrant, without your knowledge. For good measure let’s also imagine that they take a full inventory of all of your possessions and store this in a secret database indefinitely.

A peculiar feature of modernity is that what we would find dystopian in the real world is banal in our virtual world. And the irony is that this can be a greater violation of our privacy and dignity.  So while the police can’t arbitrarily search our homes, they can learn more about you by secretly downloading everything on your smartphone, even deleted data. They’ve been doing this for years.

But we’re calling them out on it.

Our new report, ‘Digital Stop and Search’ shines a light on the use of ‘mobile phone extraction’ tools, based on Freedom of Information requests to 47 police forces across the UK. We know that more than seven out of ten police forces already use or intend to use the technology. The other three in ten either failed to respond to us or say they hold no information about it.

It is already well documented that black people are eight times more likely to be stopped and searched than white people. We know this because there are national statistics, and public debate that rightly ensues about what kind of policing is and isn’t acceptable in a democracy.

So the question arises: are minority groups disproportionately affected by mobile phone extraction? Well, we have no way of knowing for sure. But if I was to hazard a guess, I would say, ‘yes, probably’.

According to a Big Brother Watch report last year, between 2013-16, police forces across the UK extracted data from over 136,000 electronic devices. We don’t know how many of these extractions took place secretly, or indeed why they were done secretly, and what the demographic breakdown was. The police have so many questions to answer.

The first stop and search ‘sus law’ (literally and figuratively a suspect law) was established in the Vagrancy Act 1824 and remained in place until the watershed Scarman Report that followed the Brixton Riots in 1981. Since then the Police and Criminal Evidence Act 1984 and two anti-terrorism acts in 2000 and 2011 have tinkered with the rules, but the powers have remained ostensibly similar, and as divisive as ever.

Let’s fast forward to 2023, and let’s imagine how phone extraction technology may have evolved. Why pat someone down, give them a stop and search form and later have to answer for why you’ve unfairly targeted them, when you can instead surreptitiously and remotely ‘zap’ their phone and access all its data? That really would be a sus law. The police and the government may want a game changing solution to stop and search, but unregulated mobile phone extraction can’t be it. Using new policing technology in secret doesn’t just side-step natural justice, it tramples all over it.

While new technology can solve old problems, it can also be a method of circumventing them. For example, do you remember the debate about ID cards during the Blair years? Why have there not been renewed calls for reintroducing ID cards in the UK in recent years? Perhaps because the police and intelligence agencies’ strategy has shifted to a path of least resistance. Why try to railroad the introduction of an unpopular ID card system when new facial recognition technology in our public spaces, and IMSI catchers (which enable the police to identify all the mobile phones in a particular location, whether at a protest or an airport) can tell them so much more. And that’s not to mention the wide-ranging powers that the Investigatory Powers Act 2016, more commonly known as the Snoopers Charter, gives to a wide range of public bodies to access sensitive personal information about you.

The Home Office have responded to our report about mobile phone extraction by saying that “current legislation allows data to be accessed when there are reasonable grounds to believe it contains evidence in relation to an offence and only then in adherence with data protection and human rights obligations.” But in the absence of any independent oversight or national statistics about the use of this technology, how can they possibly know?

We are writing to the Home Secretary to demand urgent action, because we need to move beyond divisive and discriminatory sus laws, not just reinvent them for the digital age. 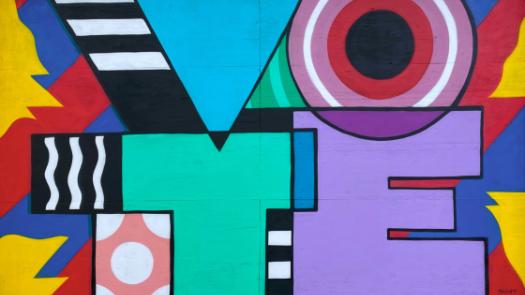