Two years after Snowden: Protecting human rights in an age of mass surveillance 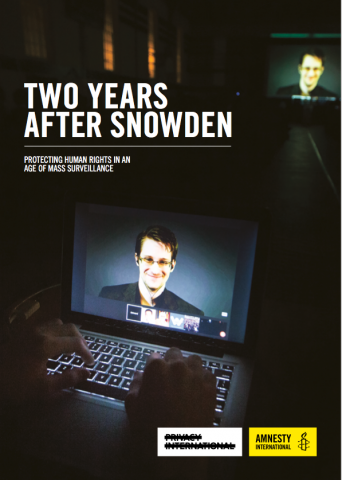 This briefing, published on the two-year anniversary of the publication of the first Snowden revelations, warns that governments are looking to maintain and expand mass surveillance, despite the practice being condemned as a human rights violation by courts, parliaments and human rights bodies. It comes on the heels of the adoption of the USA Freedom Act by the US Congress, a solitary and limited example of legislative rollback of surveillance powers since Edward Snowden's revelations began. In defiance of global condemnation, UK and US spying programmes remain shrouded in secrecy, while several other governments are seeking new surveillance powers of their own.