3.10 The growth of the internet, and the extent of the information that is now available online, presents new opportunities for public authorities to view or gather information which may assist them in preventing or detecting crime or carrying out other statutory functions, as well as in understanding and engaging with the public they serve. It is important that public authorities are able to make full and lawful use of this information for their statutory purposes. Much of it can be accessed without the need for RIPA authorisation; use of the internet prior to an investigation should not normally engage privacy considerations. But if the study of an individual’s online presence becomes persistent, or where material obtained from any check is to be extracted and recorded and may engage privacy considerations, RIPA authorisations may need to be considered. The following guidance is intended to assist public authorities in identifying when such authorisations may be appropriate.

3.11 The internet may be used for intelligence gathering and/or as a surveillance tool. Where online monitoring or investigation is conducted covertly for the purpose of a specific investigation or operation and is likely to result in the obtaining of private information about a person or group, an authorisation for directed surveillance should be considered, as set out elsewhere in this code. Where a person acting on behalf of a public authority is intending to engage with others online without disclosing his or her identity, a CHIS authorisation may be needed (paragraphs 4.10 to 4.16 of the Covert Human Intelligence Sources code of practice provide detail on where a CHIS authorisation may be available for online activity).

3.13 As set out in paragraph 3.14 below, depending on the nature of the online platform, there may be a reduced expectation of privacy where information relating to a person or group of people is made openly available within the public domain, however in some circumstances privacy implications still apply. This is because the intention when making such information available was not for it to be used for a covert purpose such as investigative activity. This is regardless of whether a user of a website or social media platform has sought to protect such information by restricting its access by activating privacy settings.

3.14 Where information about an individual is placed on a publicly accessible database, for example the telephone directory or Companies House, which is commonly used and known to be accessible to all, they are unlikely to have any reasonable expectation of privacy over the monitoring by public authorities of that information. Individuals who post information on social media networks and other websites whose purpose is to communicate messages to a wide audience are also less likely to hold a reasonable expectation of privacy in relation to that information.

3.15 Whether a public authority interferes with a person’s private life includes a consideration of the nature of the public authority’s activity in relation to that information. Simple reconnaissance of such sites (i.e. preliminary examination with a view to establishing whether the site or its contents are of interest) is unlikely to interfere with a person’s reasonably held expectation of privacy and therefore is not likely to require a directed surveillance authorisation. But where a public authority is systematically collecting and recording information about a particular person or group, a directed surveillance authorisation should be considered. These considerations apply regardless of when the information was shared online. See also paragraph 3.6.

Example 1: A police officer undertakes a simple internet search on a name, address or telephone number to find out whether a subject of interest has an online presence. This is unlikely to need an authorisation. However, if having found an individual’s social media profile or identity, it is decided to monitor it or extract information from it for retention in a record because it is relevant to an investigation or operation, authorisation should then be considered.

Example 2: A customs officer makes an initial examination of an individual’s online profile to establish whether they are of relevance to an investigation. This is unlikely to need an authorisation. However, if during that visit it is intended to extract and record information to establish a profile including information such as identity, pattern of life, habits, intentions or associations, it may be advisable to have in place an authorisation even for that single visit. (As set out in the following paragraph, the purpose of the visit may be relevant as to whether an authorisation should be sought.)

Example 3: A public authority undertakes general monitoring of the internet in circumstances where it is not part of a specific, ongoing investigation or operation to identify themes, trends, possible indicators of criminality or other factors that may influence operational strategies or deployments. This activity does not require RIPA authorisation. However, when this activity leads to the discovery of previously unknown subjects of interest, once it is decided to monitor those individuals as part of an ongoing operation or investigation, authorisation should be considered.

3.16 In order to determine whether a directed surveillance authorisation should be sought for accessing information on a website as part of a covert investigation or operation, it is necessary to look at the intended purpose and scope of the online activity it is proposed to undertake. Factors that should be considered in establishing whether a directed surveillance authorisation is required include:

3.17 Internet searches carried out by a third party on behalf of a public authority, or with the use of a search tool, may still require a directed surveillance authorisation (see paragraph 4.32).

Example: Researchers within a public authority using automated monitoring tools to search for common terminology used online for illegal purposes will not normally require a directed surveillance authorisation. Similarly, general analysis of data by public authorities either directly or through a third party for predictive purposes (e.g. identifying crime hotspots or analysing trends) is not usually directed surveillance. In such cases, the focus on individuals or groups is likely to be sufficiently cursory that it would not meet the definition of surveillance. But officers should be aware of the possibility that the broad thematic research may evolve, and that authorisation may be appropriate at the point where it begins to focus on specific individuals or groups. If specific names or other identifiers of an individual or group are applied to the search or analysis, an authorisation should be considered. 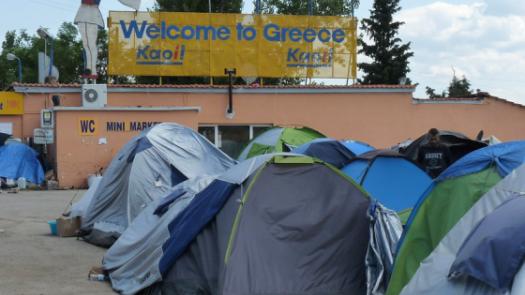 This methodology outlines what we did and the results we found, which informed our report.