The Israeli intelligence services have been tracking Covid-19 patients for contact tracing. As the High Court condemned the measure, what can the rest of the world learn from this controversial experiment?

Photo by Ameer Basheer on Unsplash

UPDATE 21/07/2020: On Monday July 20th, the Israeli parliament approved a new bill allowing the Ministry of Health to rely again on the Intelligence Services to track people who may have been exposed to Covid 19 when the number of new cases reaches 200 and above per day. The authorisation is then granted for three weeks and can be extended if the numbers have not decreased. The new law will be effective until January 2021. As of July 21st and for at least the next three weeks, the Intelligence Services will resume their tracking of the Israeli population.

Israel is perhaps one of the most commonly cited examples of how countries have turned to digital surveillance to track the spread of Covid 19. Numerous authorities are involved in tracking people's movements - ranging from the Health Ministry to the powerful domestic intelligence services, Shin Bet.

In the past month however, Israeli medical organisations have warned that one surveillance programme may actually be causing more harm than good. The High Court has now ruled that this programme "severely violates the constitutional right to privacy," while another programme managed by the Israeli police has also been ruled unlawful.

Far from serving as an example of what is effective, the surveillance measures being imposed in Israel should lead us to question the very purpose of large-scale tracking.

The surveillance of telecommunications by the Shin Bet to identify those who may have been in contact with an infected person has been the subject of an on-going legal challenge in Israel, which has partially lifted the veil on how this tracking system works.

The use of the technology relies on a partnership between the Ministry of Health and Shin Bet: the ministry of Health hands over the details of patients who tested positive to Covid-19 to Shin Bet and Shin Bets gives them back a list of every person they have been in contact with over the past 2 weeks. Being 'in contact' is defined as spending a minimum of 15 minutes within 2 meters of the infected person. The people on that list then receive a text message requesting them to go into isolation, meaning they have to stay home and are not allowed to go out under any circumstance.

Initially, the measure was pushed through by Prime Minister Benjamin Netanyahu, as Israel – with no government for over a year – was at the time undergoing a democratic crisis on top of the health crisis. But an appeal made by the Association for Civil Rights in Israel (ACRI), the Adalah Legal Center for Arab Minority Rights and the Arab Joint List led the High Court to assert that such a measure would need to be scrutinised by a parliamentary committee, without the formation of such a committee, the tracking would have to be stopped.

The parliamentary committee was eventually formed and the tracking of the population has been pursued. The government's decision to rely on Shin Bet for the tracking, however, was still being challenged at the High Court by ACRI, Adalah and the Union of Journalists in Israel.

A decision was reached on April 26th, as the High Court decided that the government would need to pass a new legislation in order to be able to carry on relying on Shin Bet for the surveillance of Covid-19 patients. The ruling states:

The choice to make use of the state’s preventative security agency to follow those who do not seek to do [the state] harm, without the subjects of the surveillance giving their permission, raises an extremely serious difficulty and a suitable alternative should be sought that fulfils the principles of privacy protection.

Moreover, extra protection will be offered to journalists, who will be entitled upon being tested to request that their details is not shared with Shin Bet so as to not endanger their sources.

Over a month after this system has been in place and, as other countries are considering similar measures, it is worth asking: is it fair to equate the large-scale tracking of populations with the right to life?

Getting the basics right

In court, the lawyer representing the state claimed that 4,600 Covid-19 patients had been identified and placed into isolation thanks to this system. The figure begs the question: how many of those 4,600 could have easily been identified without requiring the involvement of the intelligence services? How many are family members, colleagues, close friends or neighbours of already identified Covid-19 patients?

It is also worth bearing in mind that being identified has consequences. When an individual receives a text message from the Ministry of Health they are legally obliged to isolate themselves. But what happens if the system is wrong? Journalists cite for instance possible cases of neighbours from a next-door flat or someone coming to deliver food to a family member in isolation. Both may well be less than 2 meters from the infected person for more than 15 minutes without any direct contact. Yet, there are no forms of appeal for those who believe they may have been wrongly identified. One does not question the data from the intelligence services.

The Israel Association of Public Health Physicians have been very critical of the involvement of Shin Bet, referring to this strict and systematic isolation procedures their chairman told the Israeli daily Haaretz: “This only causes harm by needlessly sidelining essential people.”

The group added that with confinement measures this type of tracking is no longer relevant and that “The Shin Bet’s approach is not collecting the right information. The criteria are not correct and there is no professional [involved]. Instead of investing in what is required – investigation teams, lab testing and protective gear for staff – they are constantly busy with geolocation.”

It is not just in Israel that medical professionals are alerting that tracking measures are both irrelevant and harmful and not a demand emerging from them. In an interview with the BBC, Tom Frieden, former director of the US Centers for Disease Control and Prevention and former commissioner of the New York City Health Department, said he saw “a lot of people who don't understand public health speaking as if they do” and argued that contact tracing is something public health officials have always been doing without requiring sophisticated surveillance technology. He alsp warned against the “fancy idea of figuring out who was seeing who for how many minutes and can we notify them,” and said that such an approach was “scary, unproven and not going to be as important as getting the basics right.”

Surveillance systems without an expiry date

While the Israeli Supreme Court is attempting to set limits to the surveillance emerging from this health crisis,more and more countries coming up with their own initiatives to track their populations in the name of public health.

While the intentions may in many cases be laudable, it is more important than ever to ensure there are very strict controls in place to govern the measures that are being developed and that they remain temporary. Especially as we do not know yet when and how we will get through this crisis; we must ensure that we do not rush into signing into new surveillance systems that will not go away.

The desire to be perceived as doing something in times of great uncertainty and the hope that technology will provide a quick fix to a problem that medical science will need a lot more time to solve. Israel is again a good example of this global trend, as it is not just the intelligence services and the ministry of Health which have been trying to track the population.

Since the emergency measures taken in March, the police was also authorised to use mobile-phone location data to ensure that those who had been ordered to stay in quarantine were indeed staying in quarantine.

Finally, surveillance companies are also attempting to take the current situation as an opportunity to sell their products to governments. The Israeli company NSO Group, which traditionally sells spyware granting remote access to devices, including to authoritarian clients who have reportedly used it to target activists and journalists, is apparently in talks with the Israeli defense ministry to develop a risk rating system, and has briefed journalists on its efforts to sell governments around the world a solution to do contact tracing for Covid patients.

From small start-ups to giants like Google and Apple, the private sector is also attempting to join the “war effort” and offer solutions. In fact, the Israeli government had said in court that relying on the intelligence services was a way for them to avoid having to rely on private companies for contact tracing, an option that they argued was even riskier for people’s privacy.

If technology is the solution, who are we trying to protect?

Ultimately, while apps and tracking may yet prove useful as part of the response to Covid19, it will only be as a small part of a much larger public health response that is led by public health authorities.

The situation in Israel – where surveillance companies and agencies are leading efforts to contain the virus – is not sustainable, and only highlights the importance of ensuring that medical professionals are kept at the heart of any decisions being taken.

As we see more and more initiatives being developed, including apps that would have to be downloaded by the population in order to track potential cases, we need to ensure, in the words of Tom Frieden, that we are getting the basics right first. Measures set out by the World Health Organisation and others that will truly protect us, including testing on a mass scale and giving medical staff the equipment and resources they need, are by far more important than fancy technological solutions which serve as a distraction, or even worse - undermine broader efforts.

Without this system in place, we risk seeing a situation where governments will track people for the sake of tracking. And when that happens we will be entitled to ask: who are we really trying to protect when we choose technology as a quick fix? Are we granting authorities unprecedented power just to satisfy the needs of politicians to be seen as doing something? Are we taking the risks that those surveillance measures will impact our democracies without even questioning what their benefits really are? 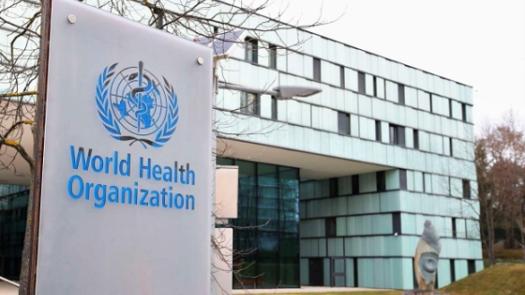 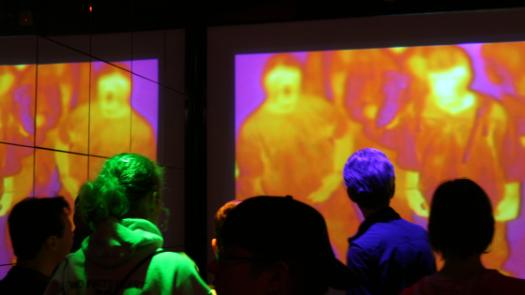 Two years ago, in the first half of 2020, private companies and governments alike were rolling the dice and betting on tech-solutionism to fight the global spread of SARS‑CoV‑2, better known as COVID19.

One of the pillars in the global response has been the roll-out of Apps, which Privacy International have been keeping an eye on since the beginning.